Getting to know who we are

From the Panhandle to the Florida Keys. The attorneys at Carpenter & Czelusta have been serving Florida victims since 1998. Practicing in all types of personal injury matters, including auto accidents, brain injury, nursing home abuse, medical malpractice, and wrongful death, who we are matters.

Who we are matters to you, the victim of personal injury, and Carpenter & Czelusta are the lawyers to present your case. With Carpenter & Czelusta Trial Lawyers, your lawsuit will be evaluated by a dually-licensed healthcare and legal professional, nurse attorney Christa Carpenter, and board certified civil trial attorney Eric Czelusta. Both attorneys pride themselves on responsiveness, dedication, and specialized knowledge in health care and trial law.

What clients experience in who we are:

The Highest Level of Expertise

Reach out to us

"Eric was simply outstanding! He assisted my children in a wrongful death lawsuit involving the death of their mother. A stellar attorney who exudes absolute competence, he is also filled with compassion. He has my highest endorsement as an attorney and equally so as a man." 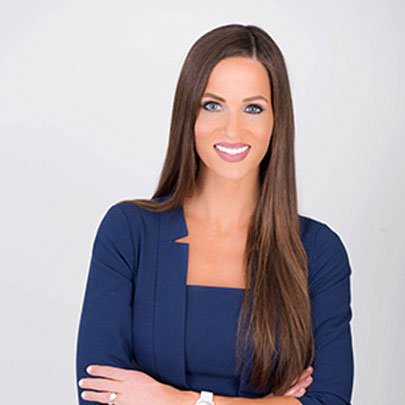 Ms. Carpenter knew she wanted to be a lawyer at age 15 when she went to court and watched attorneys advocate for an injured client in a courtroom.

She knew she also wanted to be a nurse to impact patient lives as her parents had done. In 2006, Christa graduated from the University of Tampa with a 3.98 GPA and double major in criminology and nursing. She was the salutatorian of the school of nursing and received the Outstanding Senior of the Year Award at the University of Tampa. She was awarded a scholarship to become a bachelors-trained nurse in the surgical trauma intensive care unit at Tampa General Hospital upon graduation. In 2007, while working full time as an ICU nurse at a large hospital, Ms. Carpenter enrolled in law school at Stetson University College of Law. She worked as an ICU nurse throughout law school at multiple hospitals and began work as a law clerk at a prominent Tampa defense firm in 2008. While in law school and working two jobs, Ms. Carpenter earned top grades in Tort Law and Constitutional Law, became an editor of Stetson's Law Review, and graduated in the top 10% of her class.

Upon graduation in 2010, she defended healthcare providers, insurance companies, and major hospitals in the Tampa Bay area. In this capacity as a defense attorney, Ms. Carpenter gained invaluable experience. She has taken cases from inception through trial, with remarkable results. She has represented clients in cases involving significant bodily injury and death. Ms. Carpenter remains current on both medical and legal practice standards through continuing education, seminars, and exposure to complex medical-legal issues in cases. She harnesses this dual expertise for the benefit of her clients in their injury cases. 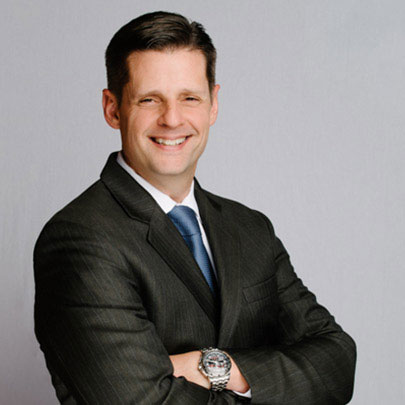 Mr. Czelusta's work history and legal career has been defined by one simple rule: To get the best possible result, you must give your best possible effort.

Throughout his 20-year legal career and even before he started practicing law, Mr. Czelusta has done just that. Starting at a very young age while being raised on his grandparents' farm, Mr. Czelusta learned the value of hard work. He has applied that lesson throughout his adult life and continues to carry it into his professional career.

​While attending college at Florida Atlantic University, Mr. Czelusta worked several jobs during the day to pay his tuition for night classes. At the same time, he maintained a 4.0-grade point average. In 1995, Mr. Czelusta earned a bachelor's degree in Political Science and then enrolled in law school.

​In 2000, Mr. Czelusta joined a prominent medical malpractice defense law firm in Palm Beach County. For the next 11 years, he represented physicians, hospitals, and other healthcare providers to defend against medical malpractice lawsuits. In 2011, Mr. Czelusta joined a Pinellas County law firm where he continued his litigation and trial practice representing people who had been injured by medical negligence. In doing so, Mr. Czelusta's work ethic has been the difference-maker in achieving his clients' results. He has earned multiple seven-figure verdicts at trial for his clients and even more seven-figure settlements before trial.

Eric Czelusta joined The Patient's Law Firm in 2019, now Carpenter & Czelusta, where he plans to continue his track record of success for its clients by applying the same simple principles that propelled him through his career up to this point. 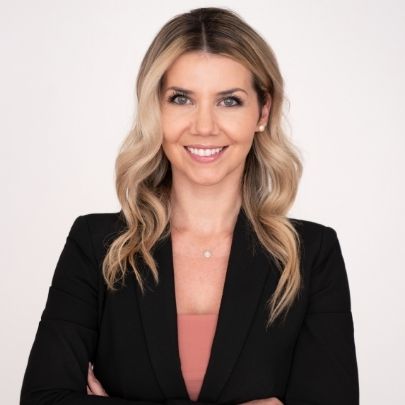 Ms. Valtcheva knows what it takes to persevere, to dedicate oneself to the goal of success, and to sacrifice to achieve the American Dream.

Iva Valtcheva was born in Bulgaria and was raised in the Tampa Bay area after her family immigrated to the United States when she was 14 years old. At a young age, she learned that the key to success is simple - it takes a strong work ethic, dedication, and sacrifice.

Ms. Valtcheva earned her undergraduate Business degree in Economics from the University of South Florida. She graduated with the highest distinction. Ms. Valtcheva went on to earn her law degree from one of the highest-ranked law schools in the State of Florida, the Florida State University College of Law. During law school, she worked several different jobs gaining legal experience, and most importantly, she clerked for a prominent law firm where she fell in love with medical malpractice matters.

Ms. Valtcheva began her career as a trial lawyer as an Assistant State Attorney for the Thirteenth Judicial Circuit in Hillsborough County, where she prosecuted misdemeanor and felony cases while gaining valuable trial experience. Then, she joined one of the most highly respected insurance defense firms in the State, where she represented many of the largest insurance carriers in cases involving medical malpractice and premises liability. Ms. Valtcheva has practiced law in several State and Federal jurisdictions and different cities, including Boston and Tampa. She is admitted to practice law in Florida and previously in Massachusetts and Connecticut. Ms. Valtcheva continued her litigation and trial practice representing the rights of injured parties while working for America’s largest injury firm.

With over ten years of legal experience, Ms. Valtcheva has handled all phases of civil litigation, from pre-suit through jury trial. She knows how insurance adjusters and defense attorneys analyze and evaluate cases. In joining Carpenter & Czelusta, Ms. Valtcheva is proud to bring this experience to fight for the rights of the individuals and families who have suffered because they have been injured as a result of another’s negligence. 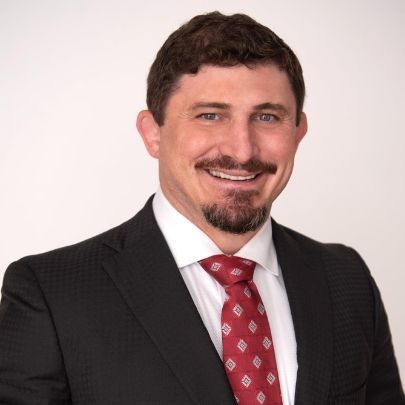 Wrestlers are a breed apart. They enjoy the struggle and hard work it takes to excel in the sport and appreciate the work ethic and mental toughness the sport instills. Mr. Kling has been a wrestler since he was five years old. He wrestled through college, where he walked onto Lehigh University’s Historic Wrestling Varsity Wrestling Team. Mr. Kling earned a starting position on that team in 2003, a year in which the team finished the season 4th in the nation behind Oklahoma State, Minnesota and Oklahoma. After college, Mr. Kling spent some time competing in mixed martial arts and fighting professionally.

Since a very young age, Mr. Kling has also been extremely driven on the academic front, and was fairly certain that he would ultimately wind up practicing law. In the 1999 Morning Call article, “Brains and Brawn . . .” , an article about Mr. Kling and two other first team Academic All Americans, Mr. Kling was quoted as stating that he wanted to be a contract attorney. Now, among other things, he sues insurance companies for breach of their insurance contracts.

A born leader, Mr. Kling was the student body president, the football team captain, and the wrestling team captain at his high school. He also ran the trial division of Smith, Kling, and Thompson, P.A. and his own firm, Kling Law, P.A. before joining Carpenter and Czelusta in his of counsel role. While in high school, Mr. Kling attended classes at Lehigh University. He also completed a number of honors courses, which allowed him to graduate from Lehigh University in just three years with a Bachelor of Arts in German (2003). He stayed another year to obtain a Bachelor of Science degree in Finance (2004).

Mr. Kling graduated with Honors from the Stetson University College of Law in 2009, where he was an assistant editor of the Stetson Law Review, a member of the honors symposium, and the Parliamentary for the Student Bar Association.

Mr. Kling has received an AV rating from his peers and a Platinum rating from his clients on the rating service Martindale Hubbell, which are the highest ratings obtainable on that site. He has handled cases as small as a few thousand dollar kitchen leak to as large as multimillion dollar condominium complex losses. He joined Carpenter and Czelusta in 2021 in an of counsel role, where he plans to utilize his years of intense insurance litigation experience and his wrestler work ethic to the benefit of his clients. 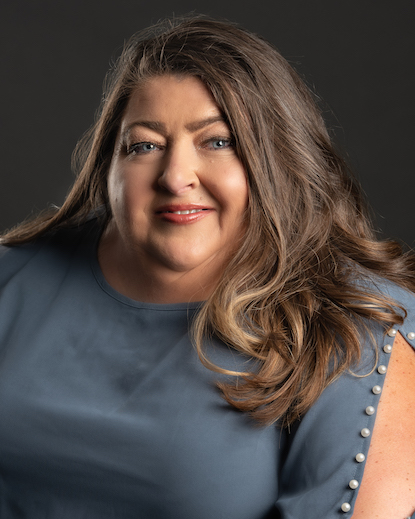 Farah Gainey Vann proudly joins the team at Carpenter & Czelusta in 2022 as Director of Operations. As a life-long resident of Tarpon Springs, Farah attended Tarpon Springs High School and is an alum of Florida State University “Go Noles” where she obtained her Criminology degree with a minor in Biology and Spanish. After graduation, Farah worked for the Florida Department of Law Enforcement (FDLE) where she held positions in HR, Mutual Aid, Training & Development, and the Crime Lab.

Farah and her husband, Eric have been married for 20 years. Eric has been employed by the Pinellas County Sheriff’s Office for over 18 years, and they have 3 boys, ages 14, 13, and 9.  Farah left FDLE to be a stay-at-home mom for a while as they began to raise their children. During that time, Farah has taken an active role in leadership in Parent Teacher Associations of the different schools her boy’s attend.  In addition to her volunteering in the community through the schools,  Farah has managed a small family business assisting in business consulting, human resources and property management for the past six years.

Farah is a dedicated hard-working professional with integrity, kindness, empathy and leads by example. Farah’s drive and passion for her family and community, matched with her willingness to always “do the right thing,” makes her a perfect fit for our firm’s principles and values.

Who We Are: The Team of Consulting Physicians and Nurses

At Carpenter & Czelusta, we are fortunate to have an in-house team of physicians and nurses who are available for consultation and assist with reviewing cases. Such a feature is unique to Carpenter & Czelusta Trial Lawyers and is a rare and valuable asset in analyzing medical-legal and personal injury cases.